Leaving an Afterglow of Love 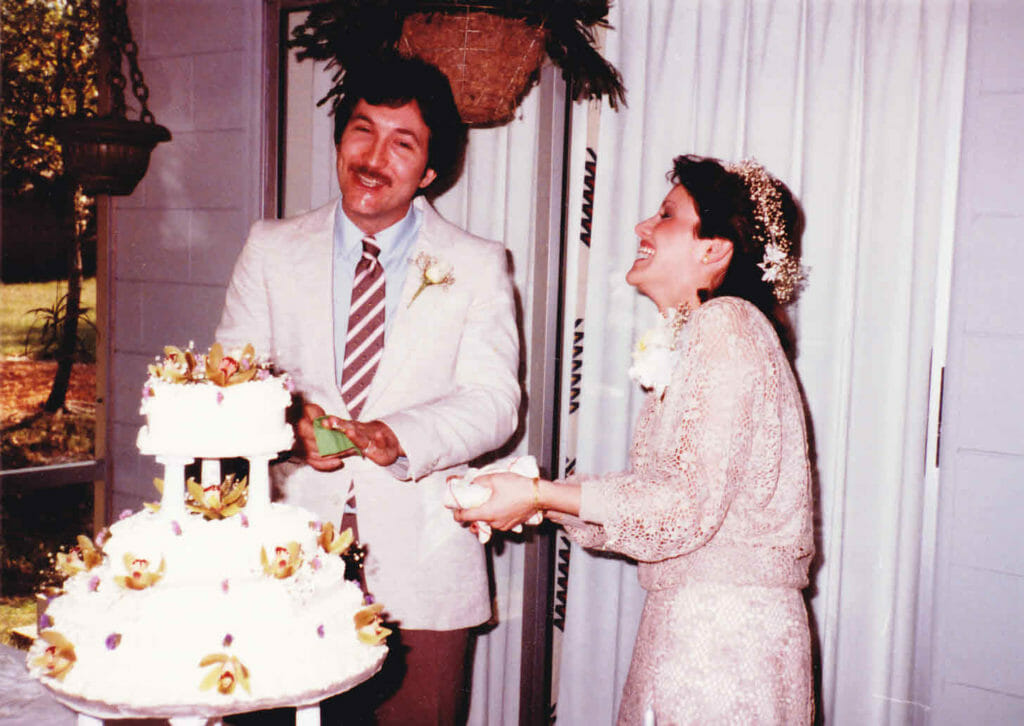 Today is our 36th wedding anniversary! It’s crazy to realize that it’s been that long already, especially when so many people told us all those years ago that our love would never last. It’s true – there were doubters out there as to the depths of our love for each other.

It was a whirl wind romance, but we knew we were meant for each other. We had both suffered deep hurts in love relationships in the past, but it was clear right from the beginning that we loved each other deeply and that this feeling was different.

As a matter of fact, I remember Teri telling me she loved me a week after our first date. She says it just came out. It felt natural and it was one of those subconscious things you do that you know is right.

For as long as I can remember, I had a hole in my heart for the one who would become my mate. I shared a bit about this in the live show we recently filmed (“An Evening of Story & Song”), telling the story of watching “It’s a Wonderful Life” one year during the Christmas Season when I was in my late teens and asking God for a wife like George Bailey had. It turned into a longer conversation, but again, that’s for another story.

I remember many times praying to God about this “one” who would eventually walk through life with me. In my book, I share the odd and supernatural experience of hearing God tell me she was in Germany and finding out years later that she really was in Germany at that time.

My mom even met Teri days before I did and remarked to the friend with her at that time that she would just love for me to find a sweet girl like that. Imagine her surprise a couple of weeks later when I brought her home to meet the family for Sunday dinner.

We were inseparable from the very beginning, seeing each other every day. It felt comfortable, effortless and meant to be. It felt like we had found each other after long last. That’s probably why it feels so normal to spend essentially every day, all day long together.

I don’t think either of us were quite prepared for what the journey of being man and wife would bring, both the better and the worse, the richer and poorer, the sickness and health. Being bound to each other by a vow is so much deeper than the fun, light feelings of early romance.

We have also had incredible mountain peak moments and long stretches of smooth sailing in between. Years filled with marvelous experiences, untold joys and deep rewards. The past 36 years have flown by for me. I can’t wait to see what the next 36 bring!

I wrote this song for Teri for our wedding day. I couldn’t have known back then how true these words would be for us.

Did you know you’re my inspiration

Like the beautiful sight when the sun descends, leaving what it has done
Its presence can still be known by an afterglow above
With you and I it will be the same
We’ll shine through our days as one
Leaving an afterglow of love

Like the beautiful sight when the sun descends, leaving what it has done
Its presence can still be known by an afterglow above
With you and I it will be the same
We’ll shine through our days as one
Leaving an afterglow of love