Love True Just For You – Behind The Scenes 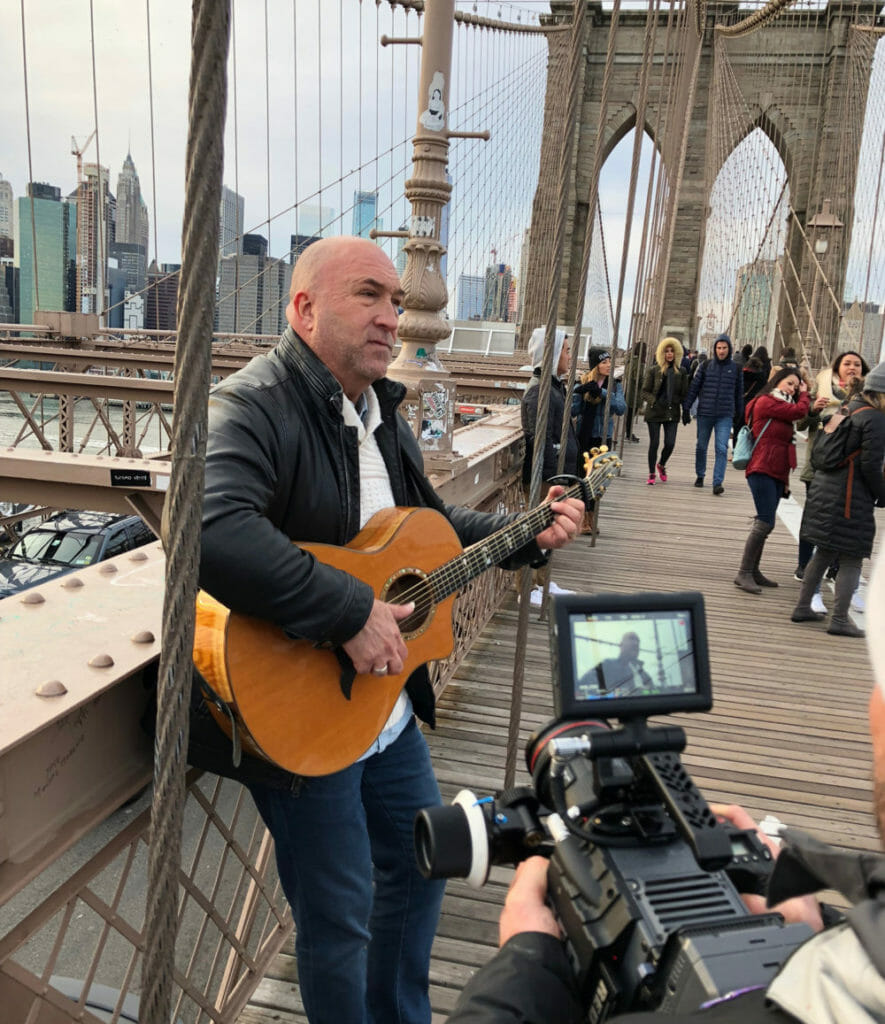 In a recent post on Facebook, Frank Ruppert of Frank Ruppert Internetpräsenz said: “John Tracy is a success story. He writes songs from life, his emotions and love to his family. That’s what makes him so authentic and popular with his fans. When we were in New York in 2013, John Tracy already had the vision to present his music in such videos to his fans.” And here we are, six years later and that vision became a reality with the release of the “Love True Just For You” music video.

I think my dream goes all the way back to when my eldest daughter first moved to New York City in 2008. There is something about this city with all of the people, different cultures, hustle and bustle, the energy of it all that is creatively stimulating. But in order to film a music video here, it had to be just the right song. It wasn’t until the middle of 2018 that I finally wrote the song the would allow New York City to be the perfect backdrop.

I wrote “Love True Just For You” for my youngest daughter, to encourage her in her search for that life-long love. Randy Radic of Thrive Global writes: “The song brims with Tracy’s upbeat perspective and profound belief in romance. It’s the story of tenacity in a world jaded by fraudulent sensations and transient passion. Keep searching, says Tracy, and you will find true love.”

I remembered being there at her age, wanting to find that love that seemed ever so elusive. And then out of no where it happened. Now, my Love True has been my soulmate for going on 36 years.

Finding your soulmate is challenging enough, but in the dynamics of New York City, it can be even harder. So the dream finally had a vehicle to become a reality. It was indeed the perfect place to tell the story of two lovers meeting against the odds

We met in early October 2018 with Sam Kempf of Hoopla Media, who was immediately excited to be a part of this project. We’ve done several previous videos with Sam, and I knew he was just the right person for the job. Within four weeks, we had our filming dates set, or cast and crew selected and were finalizing plans for the video shoot.

Sam is a meticulous planner and he and Teri made a great team pulling all the details together. Actually, I don’t think I’ve ever been part of a project where everything seemed to come together so seamlessly, even down to the hotel, the part of town we stayed in and the car service we used.

So on November 13, we set out to film the “Love True Just For You” music video in locations all across New York City, from Central Park, to the Brooklyn Bridge, the Brooklyn Museum to Times Square. This was definitely one of those “once-in-a-lifetime” experiences. Everything went so smoothly. The cast and crew instantly connected and worked together as a team. Everyone was excited about the song and the story. Even our driver got into the groove with us.

There are always unexpected things that happen that you can’t predict or plan for, like five inches of snow on our second day of filming. But it didn’t matter. Sam, our fearless leader, used each and every little thing to our advantage. There wasn’t one little hick-up that didn’t end up making the music video even better. I know Sam is brilliant, but I do have to give the credit for this to God. He was truly the God in every little detail, further giving me the peace of knowing this was exactly the project we were supposed to be working on.

Randy says of the song: ““Love True Just For You” is a marvelous love song, charming, inspiring, and expressive of real life.” I hope when you watch the new music video, you are inspired that this kind of life-long love can find its way into your life.